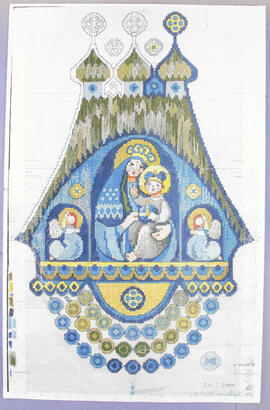 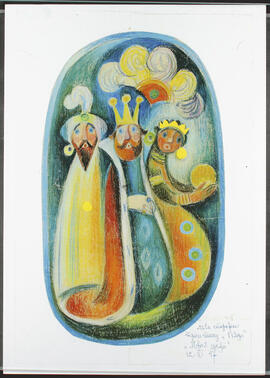 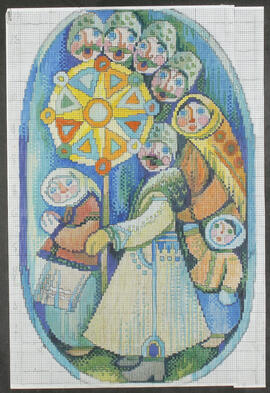 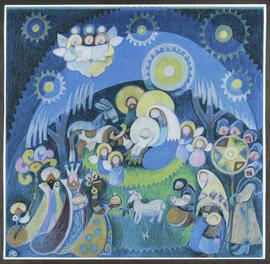 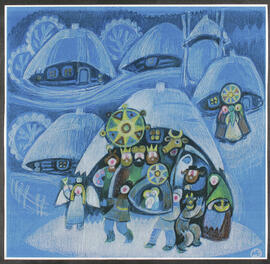 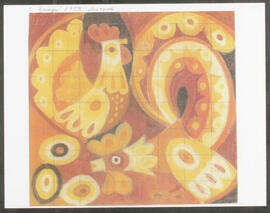 Christmas postcards and an richly illustrated publication about the Ukrainian traditional Christmas celebration.

Copies of letters to Mykhailo Bilas

The main part of the sub-series constitutes numerous M. Bilas’s letters to Chester and Luba Kuc (1984-2004). The subjects of these letters are the artist’s works, his daily life, social and political news, and his plans for exhibitions in Canada. There is also a small number of letters from other individuals to Bilas and the Kucs in both Ukrainian and English. Chester and Luba Kuc sent a number of parcels to Bilas with tools for his artistic work, as well as food, and the collection contains orders and invoices with detailed lists of their contents.

The series contains academic articles and popular publications about technique, history and designs of Ukrainian Easter eggs paining and Easter bread; publications about prominent Easter eggs painters; photographs of painted eggs from variety of the Ukrainian regions; a collection of postal stamps featuring painted eggs. A copy of the "Основні елементи орнаментації українcьких писанок та їхнє походження" (Прага 1925) monograph by В. Щербаківський and other publications is a part of the collection.

The sub-series contains catalogs of the artist’s exhibitions in Lviv and Kolomyia in 1984, [1990], and 1992 and a guide to the Truskavets museum named after him. The brochures have Bilas’s inscriptions to Chester and Luba Kuc. A number of materials are related to the exhibition of M. Bilas’s tapestries from Kucs’s private collection in Canada, such as the introduction of the artist in Ukrainian and English languages, list of the presented works and correspondence with Ukrainian organizations in Canada. The exhibition was held at the Edmonton Ukrainian National Federation (UNO) Hall in 2004.

The series consists of materials (texts and photographs) concerning Ukrainian folk costumes, including images of white wedding dresses decorated with traditional embroidery. It also comprises photographs and negatives of embroidered table-clothes, serviettes, as well as an exhibit traditional pottery.
It also includes the "Hova khata" journal (#3-1937) and a typewritten manuscript entitled "Museum of Folk Culture: a lecture about the Museum of Folk Architecture and Life in the Ukrainian SSR" by S. Smolinsky and L. Orel (1990).

Letter from M. Bilas to the Kucs

Letter from M. Bilas to the Kucs