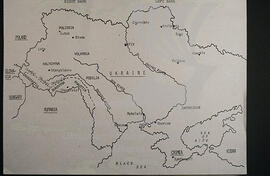 A map of Ukraine

A new book by Myrna Kostash

A new life in the Canadian frontier

A story of a young woman who came to Canada in response to an ad for a wife. 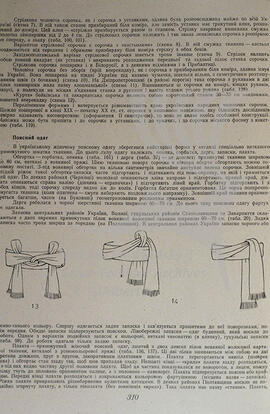 A page from the book in Ukrainian on women's belt clothing (lower body apparel, skirts)

A partial update on Ukrainian-Canadian folklore

The purpose of this compilation is to research and annotate the available literature concerning Ukrainian-Canadian folklore since 1965.

A picture in the Chapel in the House of the Sisters Servants, Craveiro

The picture of the Sister Servant placed in the Chapel in the House of Sisters Servants, Craveiro, flowers

A recount of the story at the resatuarant

A review of Iaroslav Rudnyts'kyi's book

A Review of Ukrainian folklore in Canada

A Review of Ukrainian folklore in Canada: An immigrant complex in transition by Klymasz, Robert

A Seminar on Doing Business in Ukraine 1995

A sign with menu for festa food (churrasco) and prices

The sign with prices for festive food, including Ukrainian folk dishes: "perohe", "corovai"

A story about a young girl who confesses her sins

This fieldwork collection describes a humorous story about a young girl who confesses her sins as told by Vera Bosak.

A story I collected (a baika)

A Study of Ukrainian Folk Songs

A study of whether or not folklore exists in the author's family.The author concludes that it primarily exists through folk songs.

A Study of Ukrainian Proverbs