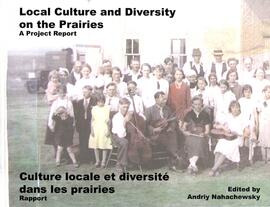 The collection consist of a photograph and audio recording of the talk Lubomyr Romankiw gave for the Edmonton Plast parents during annual Sviato Vesny (Spring Celebration) organized by Edmonton Plast at the Elk Island National Park in East Central Alberta on May 30, 2015. Dr. Romankiw speaks about Plast, its creation, and activities in the past and today in Ukraine and diaspora communities around the world. 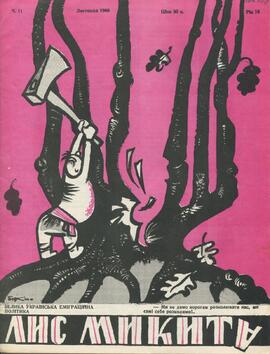 The project consists of the materials collected for Nataliya Bezborodova's master thesis. The thesis traces Internet textual representations of the Maidan, a wide-scale protest movement that took place in 2013-2014 in Ukraine, and their function in identifying the opposing sides during the protests. These texts helped to formulate new narratives, articulate attitudes, and build relationships, create a sense of community within the protestors’ side, which had its impact on institutional changes of commemorative practices.

Facebook served as an important platform for the initial appeal, for coordination between the participants, for reflections, and for identification of the opposing sides during the protests. It was a key space for sharing emotions, personal stories, humor and expressive forms of protest, making allusions to known literary works, historical events and world public figures.

Exploring the types of narratives and their contribution in identifying the opposing sides, the work is focused on digital stories that illuminate elements not covered by the professional media coverage and official reports. It traces the diverse forms, topics and expressive devices in the narratives, and identifies the categories of lore (eyewitness narratives, (re)telling of stories, jokes, poetry, songs, etc.). It provides juxtaposition of the patterns found in the text with the main events of each specific day.

The thesis provides several chapters that focus on: (1) a review of the historical context of the events; (2) an analysis of the data with reference to all categories and topics, and the main findings; (3) the role of humor and expressive devices in releasing the tension of the conflict and in helping to formulate the attitudes within the protestors’ side; (4) evidence of the functions of personal stories as they build relationships, create a sense of community, and validate the participants’ experiences and the significance of the events from the protestors’ perspectives; (5) interpretation within this protest lore, and its impact on institutional changes of commemorative practices as in the example of the Nebesna Sotnia (Heavenly Hundred) narrative formation and its correlation to the repertoire of motifs and terms of the selected historical periods: the Cossack, the Ukrainian National Republic and World War II.
The study underlines the relevance of time and several patterns related to historical events, as Facebook posts immediately responded to the events occurring on the square and streets occupied by protestors, simultaneously with professional media outlets, and sometimes prior to them. These findings have important implications that go beyond the Ukrainian context in that they contribute to the further exploration of social networks functioning in relation to factual events. 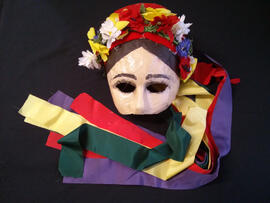 15 mini-DVs with her fieldwork - digital copies of her originals

The collection consists of an interview with Dr. Bohdan Medwidsky conducted by Mariya Lesiv and Nadya Foty in 2009.

A collection of course work by Mark Bandera including book reviews, annotated bibliographies, and essay on topics such as folklore, folksongs, tsymbaly, and bandury.

The collection consists of a fieldwork project and final papers done by Markian Kowaliuk for the Ukrainian Folklore courses at the University of Alberta. 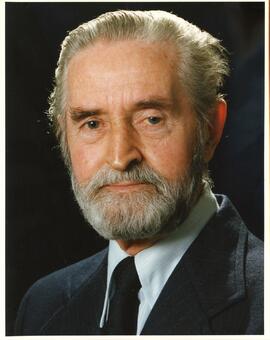 The collection consists of materials assembled by the creator when he served as secretary for the Ukrainian Catholic Council, the Ukrainian Catholic Brotherhood, and the Honorary Committee of a banquet in honor of Cardinal Slipyi. The collection includes correspondence, minutes, and financial reports. It also contains discrete materials of other organizations where the creator was a member, newspaper clippings, bulletins, photographs, and honorary charters.